Home » Nutrition » Steak And Eggs Diet: Before & After Results

How do you get massive and shredded at the same time?

Bodybuilders have been posing and pondering that question since the days of Eugene Sandow. Millions of words have been written on the topic, with hundreds of diet and workout options being proposed. The net result for most guys, however, is a state of utter confusion.

In this article we are going to ignore all of the so-called wisdom of the bodybuilding gurus of the internet age. Instead we’re going to hark back to the raw, common sense; but brutally effective wisdom of the original iron guru, a guy by the name of Vince.

The Wisdom of Vince

Vince Gironda was the original bodybuilding rebel. Vince had his own gym in California in the 1950’s and 60’s. He was rough, rude and obnoxious.

The fact that Arnold and countless other top bodybuilders not only put up with his rudeness but actively sought Vince out, speaks volumes about the depth of knowledge and wisdom of the man.

Vince had a whole lot of unorthodox training ideas. When every other gym was installing extra squat racks, Vince banned the exercise from his gym.

Vince also decried sit-ups as a waste of time when every one else was over dosing on them.

The bench press was considered by Vince to be an inferior chest developer.

His ideas would have seemed ridiculous, except for the fact that all of the guys he was training were winning all the contests.

Don't miss out on delicious treats.

Get the latest nutrition plans, guides, and tips straight to your inbox. Subscribe to the newsletter!

Get ready for special treats delivered straight to your inbox!

Bodybuilding is 80% diet. If you don’t have your diet down first, the rest is moot.’

Vince’s nutritional advice was just as left field as his training philosophy. Just like what he had guys doing in the gym, it was amazingly effective, yet deceptively simple. Vince’s eating plan became known as the steak and eggs diet.

If you want to get massive and shredded (of course you do), then you need to get wise to Vince’s wisdom.

The steak and eggs diet is quite possibly the simplest diet on the planet. It is quite likely also the most effective for burning fat and putting on real muscle mass.

This diet is exactly what it sounds like. You eat only two times each day, and each meal is the same – eggs and steak. That means that there is . . .

On the steak and eggs diet, you eat steak and eggs for five days, and then on the sixth day you have a cheat day. Which you eat pretty much what you want. On that day you will make sure that you get plenty of carbs into your system, to replenish your body with energy for the coming five days.

In fact, you are carb loading on that cheat day. But on the other days, you are on a zero carb diet. This means that you body is being forced to turn to fat as it’s primary source of energy.

Vince being Vince, even the way you cook the food goes against the grain of popular thinking. You cook it in butter. Yes, butter. Don’t worry – it won’t send your cholesterol levels soaring – in fact, it may just do the opposite. The steak and eggs diet has been shown in numerous studies to actually enhance good cholesterol levels (as well as testosterone) while decreasing bad cholesterol levels.

The steak and eggs diet is a high protein, high fat, low carb diet. It was melting fat off people in the know, decades before Dr. Atkins discovered its benefits.

Getting Started On The Steak and Eggs

Beginning a steak and eggs diet is pretty simple. All you have to do is get down to the grocery store and buy bulk amounts of those two foods. Then you need to decide which two meals of the day, you will be eating. Many people find lunch and dinner to be the easiest.

It’s often easier to skip breakfast than it is to skip lunch. Once you’ve decided on when you’re going to eat your two meals, then jump in and get started.

Doesn’t the steak and eggs diet get boring?

Of course it does, but who cares? It works, and that is what counts, right? What’s a bit of monotony compared to achieving the physique of your dreams?

Green leaf vegetables are a great way to get fiber into your body. That’s why you should consume a huge salad on your cheat day. Vince was also known to allow his guys to add a large salad with their dinner meal, as long as it featured only low carb ingredients.

Where will my workout energy come from?

You don’t need carbs for energy. Going zero carb puts your body into a ketogenic state. That means that you’ll be burning fat to meet your energy demands. However, Vince was also an advocate of drinking a cup of coffee as a pre-workout stimulant.

Won’t I be missing out on vital micro-nutrients if I only eat steak and eggs?

No. Eggs and meat are packed with a whole heap of vitamins and minerals to supply your body with what it requires to function optimally. Add in the odd leaf green salad and you’ve got all the bases covered.

Now it is time to go grocery shopping! 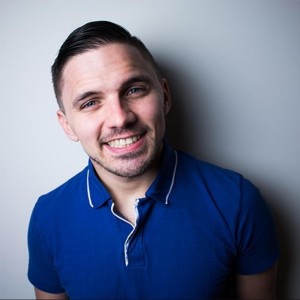 Hey, I'm Shane! I've been a gym rat for 10+ years and have been in CrossFit since 2016. For better or worse, I've tried just about every piece of equipment, diet, and supplement one can try to achieve peak performance.

Intermittent Fasting For Women Over 50 – Is it right for you?

5 Things You Must Know About Cellular Detox

The majority of illnesses are caused by toxins and pollutants entering the body. Most cancers

Is A Keto Diet Suitable For Seniors & Over 60’s

Both CrossFit and the ketogenic diet are popular health and fitness tools.CrossFit offers the benefits

Are Meal Delivery Services Worth It To Reach Your Fitness Goals?

We live in a very busy world; one that doesn’t afford us much in the

37 thoughts on “Steak And Eggs Diet: Before & After Results”

Do you need the latest nutritional plans, tips, and guides for your fitness and health goals?