Home » CrossFit » Training » The Seated Cable Row: Why It Needs To Be In Your Workout Having a thick wide back is one of the premiere goals of most gym enthusiasts. All-time greats such as Arnold and Frank Zane made their livings as professional bodybuilders with strong muscular backs.

A wide back not only looks aesthetically pleasing, but also gives the body a naturally larger appearance.

If you want to look large and in charge, having a developed back is a good place to begin.

Back size has a strong genetic component but also is dependent upon building a solid workout with proper movements.

Deadlifts and bent-over rows may be solid workout staples, but there’s always room for some new additions.

Although compound movements such as bent-over rows and deadlifts are the best tools for building your back, there are several secondary movements considered just as solid.

In conjunction with other exercises, the seated cable row is both safe and effective as a tool to have in your workout arsenal.

One of the best back movements to include in your workout are the seated cable rows. Great for building both width and depth, the seated row is perfect for building wings so wide you can fly.

I believe I can fly and now so can you.

What is a Seated Row? The seated row is a cable accessory back movement performed as a stationary isolation exercise focused on mainly stimulating the latissimus dorsi muscles.

The seated row has numerous attachments that can be used to provide different stimuli to the various back muscle groups.

As a staple in any back workout, the seated row is best performed in moderate to high rep ranges. Try sets in the ten to fifteen rep range for optimal muscular hypertrophy.

Like the name implies, the exercise is performed in a seated rowing motion. So row, row, row your gains gently down the gym.

Setting up for the Seated Cable Row In order to set up for the seated cable, the first step is to pick an appropriate attachment. There are several different options available for targeting the various back muscles including:

The wider grip attachments will help increase back width. Having the proper balance of both exercises will help create a wide bodied appearance.

The next step is to be sure you are sitting in the proper position. Sit upright with your feet against the foot support. Keep your back upright and your spine in a neutral position.

Avoid rounding the lower back to prevent back injuries from occurring. The top portion of your body should remain stationary and your arms should be the only thing moving. The effectiveness of any exercise depends largely upon using proper technique and form. Steady controlled movements will always be more beneficial than swinging the weight back and forth.

Try to use a moderate amount of weight you can control as opposed to ego lifting.

Heavy weight is not effective if you have to use bad form. There is also an increased risk of potential injury.

Perform the seated cable row by doing the following steps: Although the seated cable row is not considered one of the “staple” compound movements, it does work multiple muscle groups concurrently.

The seated cable row is mainly a back exercise but it also works the biceps at the same time. Due to the nature of the exercise, it can be considered a compound movement.

If you feel your biceps are being used too much throughout the movement, consider using grip attachments. These grips are wrapped around the cable attachments to remove bicep activation from the exercise.

This allows the focus of the exercise to be entirely on the back as opposed to using bicep and forearm strength.

What Muscles are Worked During a Seated Cable Row

The seated cable row works various muscle groups with a single movement. Although the exercise is mainly a latissimus dorsi dominant movement, several other back muscles are also worked at the same time including: the trapezius muscles, the erector spinae, rear deltoids, biceps, biceps brachialis, and the forearms.

How to Change up your Workout If you feel that your workout has gone stale, it may be time to sprinkle some life into it. If the seated row has become overly routine try the following steps to mix it up:

Keep your routines fresh by changing small variables each workout.

The seated cable row is just one of many exercises that can be performed to maximize back strength and hypertrophy. If you don’t have access to a cable machine try the following movements in lieu of the seated cable row:

If your workout tends to get repetitive and you’re searching for a new stimulus, simply try a new cable attachment to mix things up.

The seated cable row should be a staple in most any person’s workout regardless of experience or skill level. 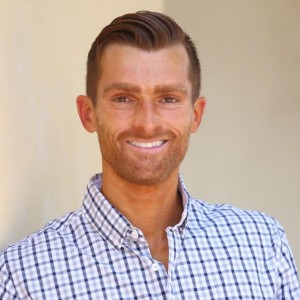 A long time health and fitness enthusiast that has focused on living an active lifestyle for nearly a decade. With 4 years of writing experience, I try to keep an open mind when it comes to trying new diets and workouts. Fitness is more than simply looking good, it’s also about feeling great in everyday life. In my spare time I enjoy lifting, hiking, and most of all, writing.
All Posts

How to Increase Vascularity: 7 Ways to Get Arm and Abdominal Veins